Yes, I’m talking about airport expansion again as it becomes the political discussion for October (an official ruling is supposed to occur by the end of the month). Several people on Facebook have shared news stories in which celebrities decry the imminent expansion of Heathrow (probably: if not, Gatwick). I always find this an entertaining topic to discuss, however, given that the people sharing these stories and memes are probably still using air travel whenever it is convenient to them. “We don’t want to pollute!”, they say, as long as it doesn’t ruin their holiday plans.

Of course, nobody wants to pollute. It’s an “at what cost” question. And you might be thinking, “you know what, we don’t need more airport capacity!” Which is all right for you; a wealthy, middle-class person to say. Not so fast. As British airports become increasingly congested, airlines will be able to charge increasing amounts due to the lack of competition, which will mean that fewer and fewer people will be able to afford airtravel. Which means that poorer, working class people will no longer be able to afford it. The advent of increasingly cheap airtravel has hailed in a era democratised international travel. We’ve already voted that we don’t want to be part of the European Union any more…let’s not also vote to never see them again, please.

Let’s get to the numbers. Interestingly, aviation only accounts for 5% of CO2 pollution in the UK (less than agriculture – lol). A far greater number – just over 16% – is produced by industry, with almost 20% coming from surface transport, ie. your cars. Other large contributors – 15% or more – are power generation, which is the largest of the lot, and buildings. So aviation isn’t even a large part of the CO2 landscape in the UK (it ranks even lower globally). Check out the graph below from the independent Committee on Climate Change. 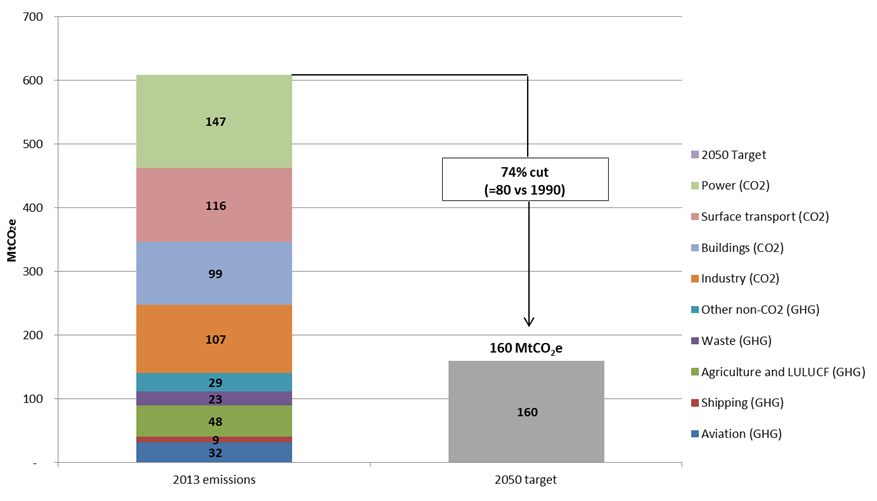 That being said, of course we want to minimise the pollution of air travel; which is why next-generation aircraft, designed by Boeing and Airbus, continue to save fuel when compared to their predecessors. This trend is set to continue into the future. But there are a few other considerations to make:

If we embrace renewables and nuclear, then aviation will be one of the last remaining contributors of CO2, together with buildings, agriculture and shipping. And that’s only because right now, we have no viable alternatives to kerosene in commercial aviation. Whilst leaps and strides are being made in experimental solar aircraft, these are not technologies that are suitable for your average jetliner that you take to Greece. We simply do not, yet, have decent alternatives. Until that time, aviation will remain a pollutant. But it remains a relatively small pollutant, and so blocking a third runway at Heathrow makes little sense other than that it will impede growth when we need it most: following Brexit.