Having finally, finally gotten round to seeing Luca Guadagnino’s Call Me By Your Name, tipped for Oscar success with its four nominations, I’m finally to take part in all the discussions and images that are surrounding this wonderful film. But instead of giving a review – there are plenty of those online – I wanted, instead, to explore one of the most visceral scenes in the film, that of the peach.

Now, fruit plays a large role within the film. Early on, in establishing the setting, Arnie Hammer’s character Oliver notes the orchards that surround the large Italian house that Elio and his parents live in. In a later scene, apricot juice is served and inspires a lengthy discussion between Oliver and Elio’s father Mr Perlman about the etymology of the word ‘apricot’, a set up that tests Oliver’s own general knowledge when Perlman congratulates him on his “flying colours”. 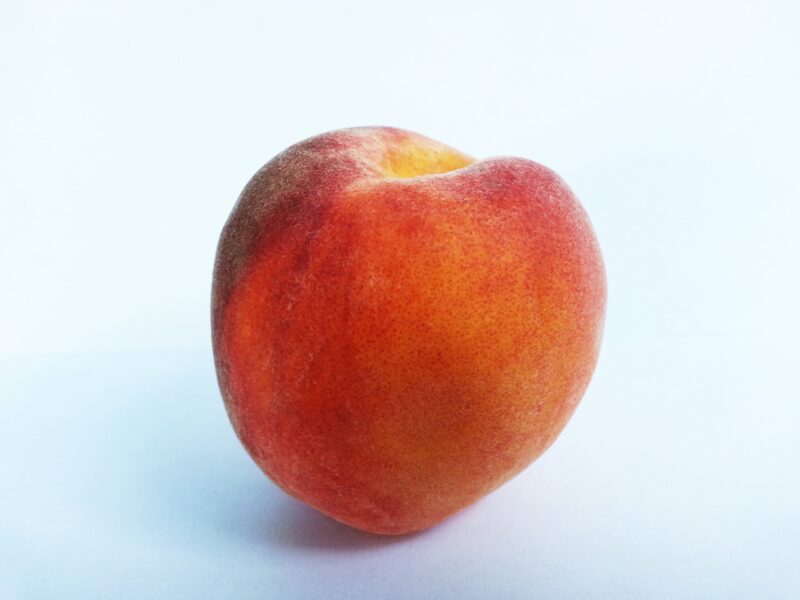 These are, of course, all benign references to our favourite fuzzy-haired fruits. In our own 21st century, post-meme post-emoji culture, of course, the peach acts as a stand for ass; perfectly rounded, slightly fuzzy and (most importantly!) juicy.

In Call My By Your Name, however, the peach comes to embody male sexual desire. Towards the end of the film, when Elio and Oliver come to terms with their imminent parting, Elio is laying down in the attic of the Perlman’s house with the fruit, into which he first begins to press his thumb before, quite intently, pressing with ever increasing intensity and fervour in an effort to remove the stone. He then proceeds to use the de-stoned peach – still whole but for the hole at its core – as a masturbatory aid.

The de-stoning of the peach, for one, is oddly violent, and becomes the most shocking scene in a film that ‘tastefully’ refrains from depicting the mechanics of gay sex. Guadagnino uses his contemporary audience’s associations with the peach and harnesses them, taking them one step further. We were all thinking (just as Elio perhaps was) how the peach in question looked like a lovely butt; but then to have him violently destone it before fucking it, well, that’s new and gives the metaphor a delightfully dispassionate turn. It’s a rejection of what could have been a saccharine, sensual image. Instead it depicts the ferocity of sexual desire, its animalistic qualities, which are reflected in Elio and Oliver’s odd, repressed friendship/relationship. The film leaves open to the viewer the question of whether the relationship is healthy or unhealthy, but Guadagnino’s inclusion of the peach scene suggests to me a level of eroticised violence bubbling beneath their characters that, ultimately, ends with Elio’s heartbreaking final scene.

(On a side note: according to both director and actor, using a peach as a masturbatory aid does actually work! You might not have asked but you were definitely thinking it, weren’t you?)