A joke that’s often made by the tour guides in and around Uluru is that your accommodation is rated a million stars. Because you’re sleeping outside.

They’ve got these clever gadgets called swags that are basically like a hard-wearing sleeping bag with a mattress at the bottom. So that’s how I spent my nights in Australia’s red centre; around a camp fire looking up at the Milky Way, whose long arms stretched across the sky and touched the Southern Cross, the kite-shaped constellation present on Australia and New Zealand’s flags.

My first night al fresco was cold – just a few degrees above freezing. It was chilly, but in my swag I was fine. The second night was comparably hot – a staggering 6 degrees! It’s amazing how many stars you can see down here, even in built up towns.

Most people travel to the Red Centre to see Uluru; next to the Sydney Opera House and the Harbour Bridge, Ayer’s Rock is pretty much what everyone thinks of when Australia mentioned. And it IS big – the world’s largest monolith, it extends down for kilometres like an iceberg.

The real jewel of this place, though, is not Uluru, or Kata TJuta, the similarly shaped (but smaller) domes. It’s King’s Canyon; a martian landscape of red rock stacks and hidden waterholes. People come here thinking of Uluru but leave remembering the canyon – it’s cracks and crevices. You can also hike right through it – something that isn’t encouraged of Uluru, where numerous people have died falling from the treacherous climb to the top.

All three sites are, of course, aboriginal heritage sites, and though they are relatively secretive of their culture, there are tidbits about the landscapes and stories they have all around; ancient sites where men or women would congregate to govern, cook, educate or socialise. It also means that some areas are off limits to tourists, or simply no-photo zones. Not that it matters; nothing can capture the grandeur of these places. It literally doesn’t fit into the viewfinder. 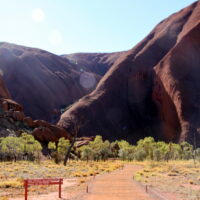 The base of Uluru 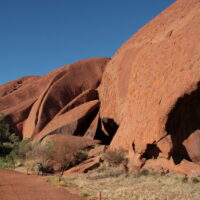 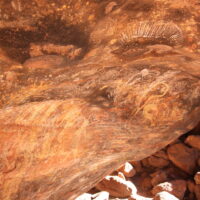 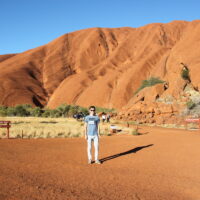 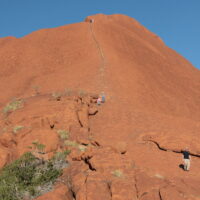 Top to Bottom of Uluru 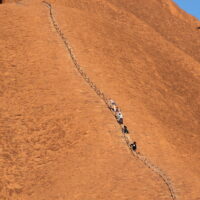 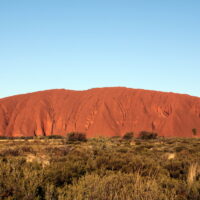 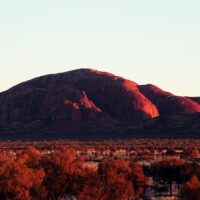 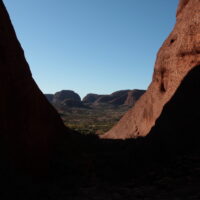 From one Olga to another 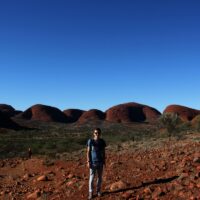 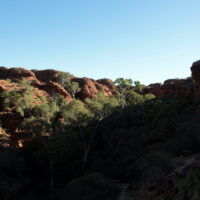 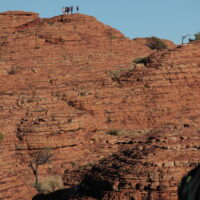 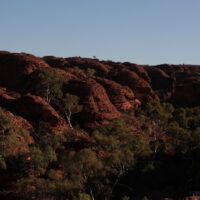 Finding the Garden of Eden