I was staying with family friends in the city that was devastated by an earthquake in 2010. Much of it is still being rebuilt; the city centre is a huge construction site with cranes, diggers and other gadgets everywhere. Buildings are waiting to be demolished, churches are supported to prevent them from collapsing further. It’s an amazing opportunity for urban planning, which begun as soon as the quake hit; there’s a shopping mall made of shipping containers and public artwork everywhere to ‘fill the gap’.

Moving westwards and the tussocky farmland shifts to outstanding landscapes of mountains, rivers and lakes. Nestled in amongst them is a luscious rainforest, which manages to withstand the cooler temperatures of winter. It’s hard to describe just how stunning this part of New Zealand is; even the photos don’t do justice to the scale, grandeur and variability of the landscape.

Our last day was a perfect example of what makes travelling so special. We were looking for somewhere to stay the night on the west coast before heading back over the mountains to Christchurch. A small town called Hokitika caught our eye. We saw it had three hostels so decided not to book; the low season makes it pretty convenient to rock up anywhere and be guaranteed a bed (Queenstown being a notable exception). We headed to the first hostel at 6:30pm only to see that it had closed for the evening. So we drove the short distance to the next, located on the beach, and were greeted by its wonderful proprietress, Claire. She runs Drifting Sands, a homely hostel right on the beach. And she had two kittens. We were sold. She told us that just round the corner was a glow-worm dell; something we had wanted to see but hadn’t been able to. It was stunning; the night was beautiful and the Milky Way mirrored the constellations of glow worms.

The following morning, we were invited to take a scenic flight with her pilot friend for a reduced fare. Given that we hadn’t splashed out, we spontaneously decided to treat ourselves to the 90 minute flight around the Southern Alps to see Mt Cook and the glaciers. We were not disappointed. The view was incredibly and something that you could not get from any other vantage point. As we flew home we saw a long white cloud hang over the mountains – New Zealand was saying goodbye. It’s lovely how things can come together whilst travelling. 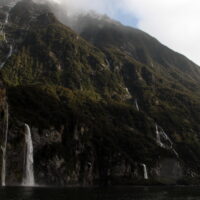 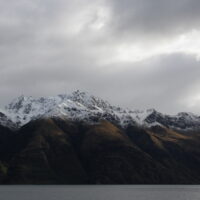 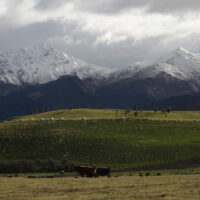 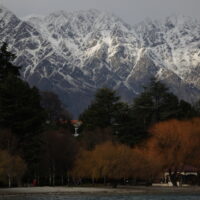 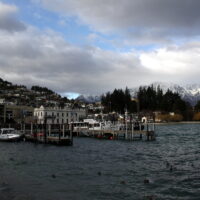 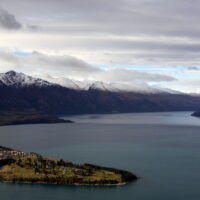 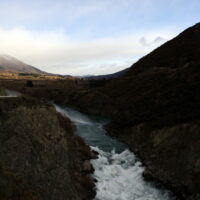 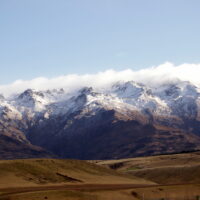 Welcome to Lord of the Rings… 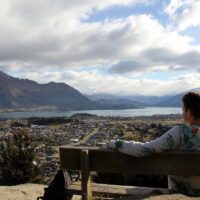 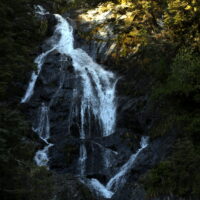 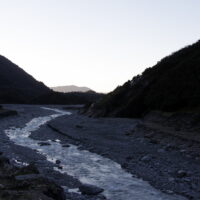 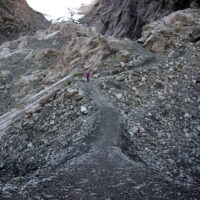 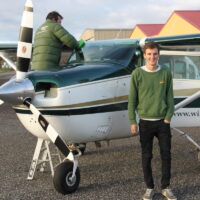 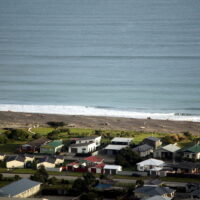 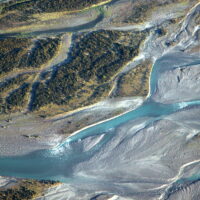 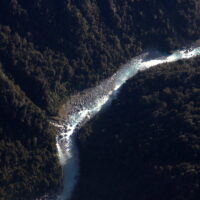 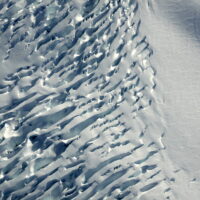 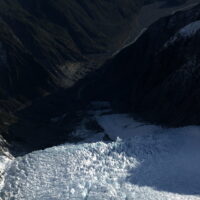 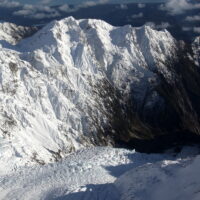 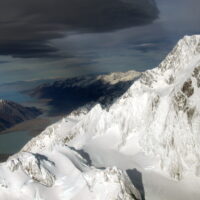