I got off my flight and tried to decipher the subway system. It’s dirtier, less efficient and less clear to use than the Tube, though it does have aircon(!).

Get this: sometimes you have to cross across the street to get to the other side of the platform. It’s bizarre.

Got lost a few times; went in the wrong direction once. Lots of trains don’t have displays inside telling you what the next station will be; you have to look out of the window and work it out from the signs. Also no padded seats. London definitely wins here; much easier to navigate, even if it’s overcrowded and hot.

Otherwise, NY is very cool. A lot dirtier than London, and the roads are definitely poorer, but a lot of cool things to do. Beautiful old(ish…) buildings everywhere and avenue/street system is the bomb.

I’ve been staying in beautiful, hipster Brooklyn, but one of the edgier parts. It’s a predominantly black/african community; lots of Jamaicans, apparently. Quite a culture-shock coming from the whitewashed streets of Canterbury. Race relations have become a bit more clear to me now; it’s hard to ignore when most young professionals are white and serving staff (at cafes, fast-foods, etc) aren’t.

The last couple of days it started raining REALLY hard, so I went to the Met to see some art. Made me realise that looking at art is all well and good, but the real fun is in its creation, which I miss. The MoMA had a super-cool retrospective on Bjork, which included an immersive multimedia experience of one of her latest songs as well as a selection of her music videos. It was nice to chill out after a long day’s sightseeing by laying on cushions on the floor listening and watching her wacky songs/videos.

9/11 Memorial. Huge and a great piece of urban architecture. It’s hard to convey the scale of this memorial in pictures or in words.
Being invited to things by my airBnB hosts; a rooftop classical concert, a “pot luck” in the park, an impro comedy show. They’re tons of fun and super generous.
The Highline: super cool and beautiful planting. Trees still have lots of growing up to do but when they are it will be a little more shady & protected from the surrounding buildings. Very crowded though; it’s a human highway! 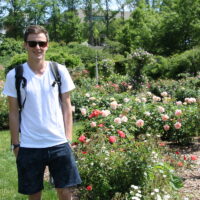 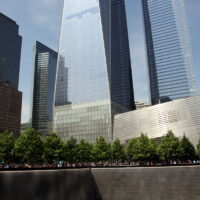 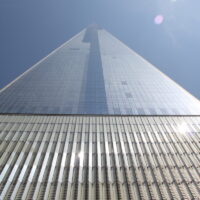 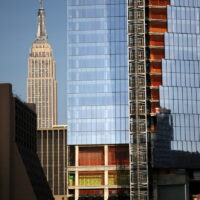 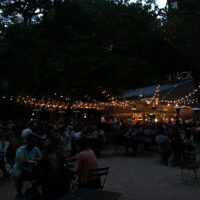 Waiting for a Shake Shack Burger… 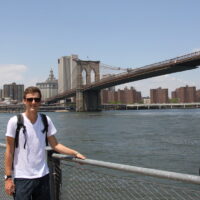 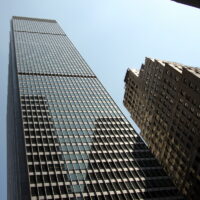 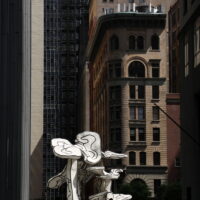 Saw this on the way down to Wall Street. 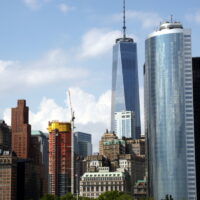 Downtown Manhatten from the ferry 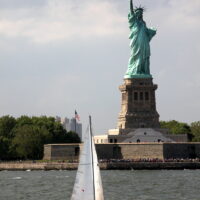